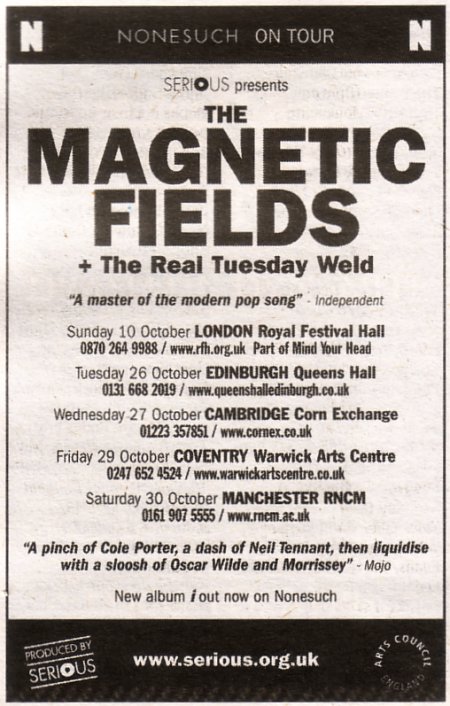 The Magnetic Fields spring back into action October 2004 with a full European Tour, no doubt to further promote the album 'i'. The full schedule is as follows (with thanks to thehouseoftomorrow.com. New York residents read on for details of two further gigs in your area.

Topping and tailing those shows are two in New York City in August and November.

How to get tickets: Tickets for most U.S. performances can be purchased at the box office or through TicketWeb or Ticketmaster. Limited presale tickets may also be available at a discount for some shows at MusicToday.com.

Support (at least on UK gigs) comes from The Real Tuesday Weld.

The Magnetic Fields - i

The Magnetic Fields - Live in London 2004