The Magnetic Fields > i < The Sixths < Factory Too 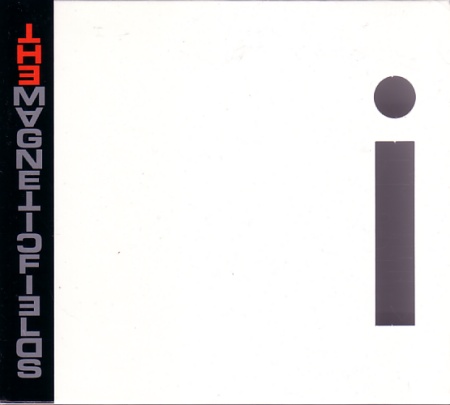 From Uncut June 2004: The Cole Porter of the Lower East Side adrift in his own wake. In a way, following the epic triple album 69 Love Songs is an impossible feat. In the interim, Merritt has worked on musicals, offshoot bands, soundtracks and Chinese operas, as though struggling with a self-generated anxiety of influence. i turns out to be a curiously uninvolving affair: 14 songs, each beginning with the letter 'i', that might have been edited from 69 Love Songs for being too tasteful.

It's symptomatic that one of the stronger cuts, "I Don't Believe You", has already been available to Merrittocrats on two previous occasions. If you count yourself among their number, you will find much to love in "I Looked All Over Town" (an answer song to "Send In The Clowns", perhaps?) and, especially, "It's Only Time", possibly Merritt's finest vocal performance to date, trailing clouds of muted feedback.

It's sad to say, but much of the rest is merely pretty. 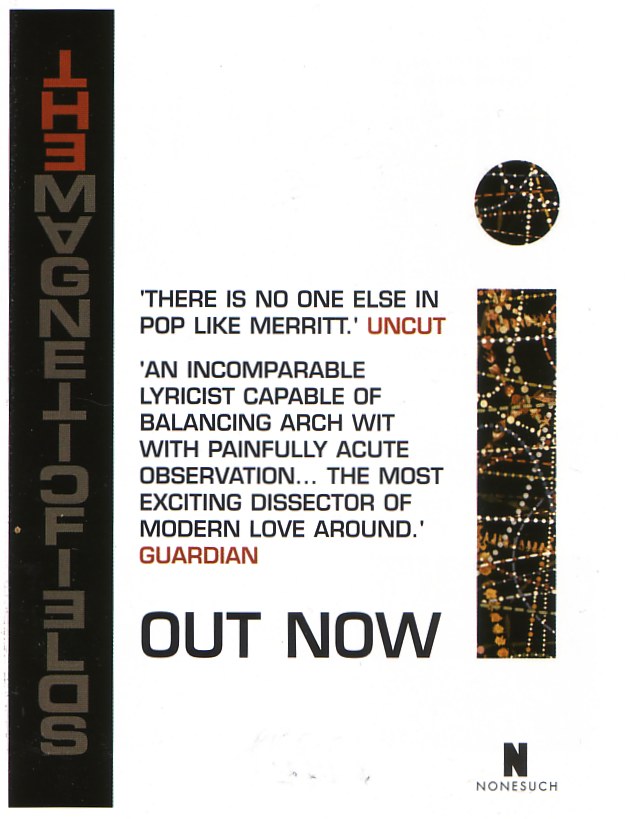 The Magnetic Fields - i; advertisement in Uncut magazine June 2004

The Magnetic Fields - i

The Magnetic Fields - Live in London 2004