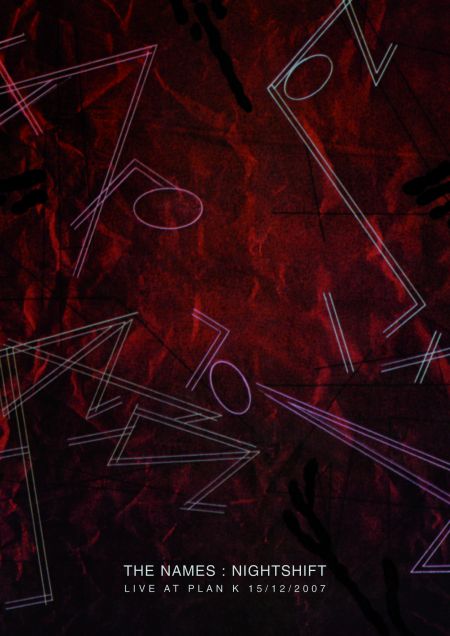 The centrepiece of this 2 hour DVD is The Names' homecoming concert at legendary Brussels (Belgium) venue Plan K on 15 December 2007. Shot in High Definition with five cameras and a digital stereo soundtrack, the Plan K section features 11 songs, including the classic singles, new tracks and an encore cover of the Magazine song The Light Pours Out of Me. The DVD also features several vintage promo clips from 1980-82, including shorts for Nightshift, Light and The Astronaut. An intimate extra bonus feature is provided by Celebration, 9 songs recorded live at a 2005 birthday party for singer/writer Michel Sordinia, at which the band run through versions of a number of Names originals and other songs. Region 0, NTSC format. Four songs by The Names from the Plan K section of LTMDVD 2522 are also featured on the compilation DVD A Factory Night (Once Again)

A Factory Night (Once Again)