New Order's second album was a big development on from the first, Movement. By now they had fully familiarised themselves with the possibilities of sequencers and their sense of rhythm was very finely honed. That said, the album opens with a great rock track, Age of Consent, which is led by Hooky's bass. 5 8 6 on the other is a close relation of Blue Monday (which was excluded perversely from the standard release on vinyl but appears on certain cassette and cd versions.

The cover artwork by Peter Saville is reputedly his favourite work for the band. He lifted the image of 'Roses' by Henri Fantin-Latour from the National Gallery. The story goes that when they asked for permission to use the image it was not on the premises but out on loan. Tony Wilson argued that the British taxpayer owned the painting and that he had a right to see it. Amazingly they complied and we were able to see the inspired juxtaposition of the lovely still life oil painting and Saville's colour code denoting the album details. Similar codes were also used for Blue Monday, Confusion and Section 25's FACT 90 From The Hip. A development version of the colour wheel featured on the cover of the Creative Review article feature on Peter Saville to coincide with the Peter Saville Show in London. 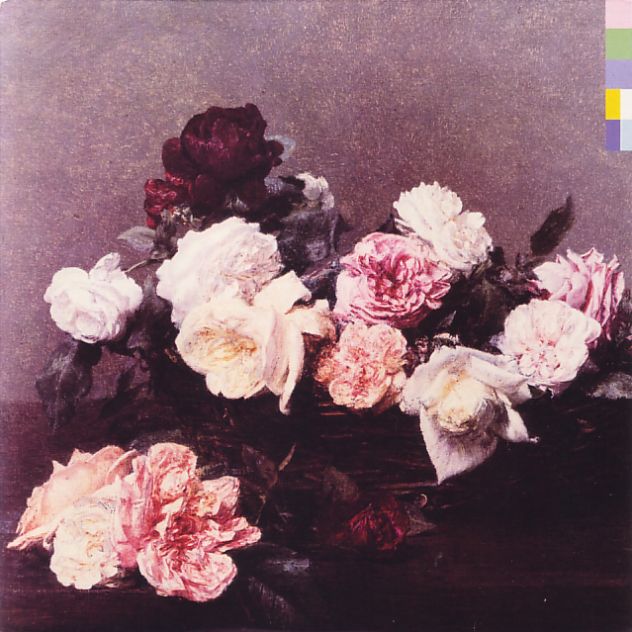