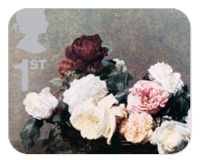 Set of stamps celebrating some of the most iconic album covers of the last 40 years including Power, Corruption & Lies designed by Peter Saville.

The Division Bell by Pink Floyd
A Rush Of Blood To The Head by Coldplay
Power, Corruption And Lies by New Order
Parklife by Blur
Let It Bleed by The Rolling Stones
London Calling by The Clash
Tubular Bells by Mike Oldfield
IV by Led Zeppelin
Screamadelica by Primal Scream
The Rise And Fall Of Ziggy Stardust And The Spiders From Mars

Variants available include the presentation pack and souvenir sheet featuring all 10 different stamps plus strips of five of each individual stamp.

For decades the album sleeve has been the canvas for some of the most imaginative graphic artists in the world. This stamp issue salutes this unique art form and celebrates some of the greatest examples, used by UK artists.

This band of designers and photographers have not only reflected the visual styles of many musical cultures, but have also defined and created them, too.

The stamp issue explores some of the most potent graphic images of modern times, many of which have provided a visual soundtrack to people's lives. 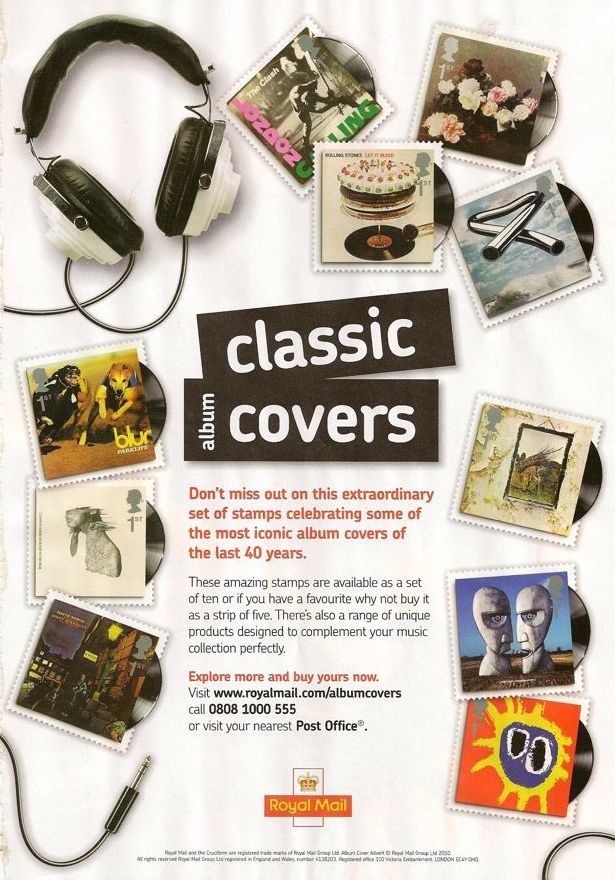