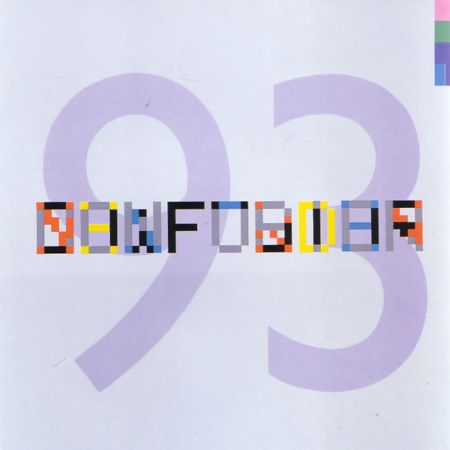 A studio tune created with Arthur Baker, the influential New York DJ. How much is New Order and how much is Arthur Baker is anyone's guess. But the beats go on. For heavy rotation only. Catalogue number also allocated to the promotional video. Artwork by Peter Saville and Phill Pennington.

Graphic designer Phill Pennington explains his key role in the design of FAC 93 Confusion, exclusively for Cerysmatic Factory: "Confusion (FAC 93) was the only New Order sleeve I actually designed in its entirety. The idea came from seeing small colour registration letters on a type of printers proof known as a Chromalin. These letters were made of squares and printed in the basic 4 colours (CMYK) with the words overlapping in a confusing way, this seemed to tie in with the title, and I found that the words New Order and Confusion had the same number of characters (including the space).

So it was possible to overlap them in a confusing way. I wanted the finished piece to look like it was part of a spacecraft from some time in the future, sort of markings in the same way that military aircraft have markings, a piece of space wreckage from the future. To this end, my original version had the FAC number (93) made out of dots. It was Brett Wickens who decided that it should be in Gill.

I still feel it would have been stronger the other way. The sleeve was printed in four colour, plus four special colours, plus embossing. I think that they lost money on each copy produced, and the embossing was dropped after the original run, nobody talked about costs at the time.

I did also design a seven-inch version of the sleeve, which consisted of a set of different parts of the 12 inch cropped to seven inches. A full printer's proof was produced, but for some reason the sleeve was never used. The record label used a blown up sample of dot matrix letters (fairly new technology at the time)." 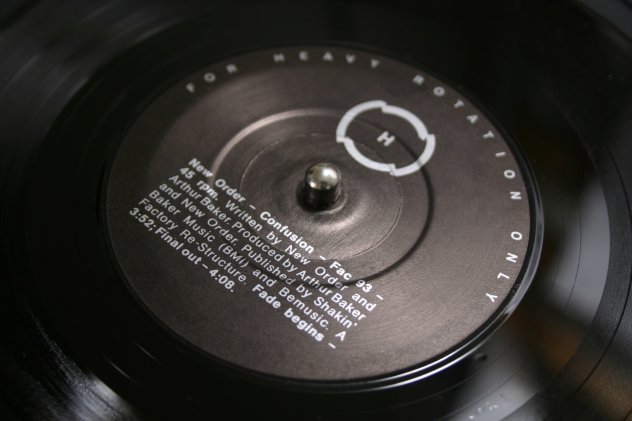