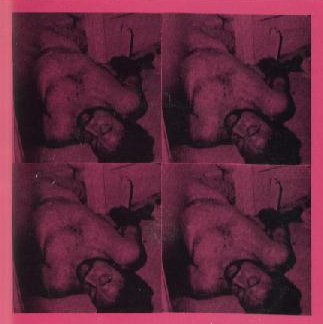 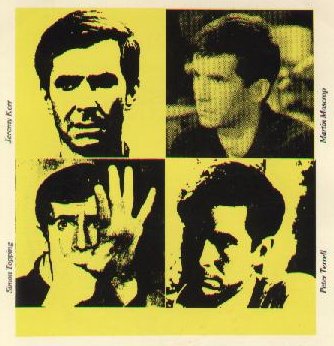 All Night Party
The Thin Boys

Detail from Fac 5, 1979
Paper and vinyl construction in an edition of 5000
Produced by Martin Zero at Cargo Studios, Rochdale

The September 1979 Factory Records Newsletter and Shareholder's Analysis records this product as follows: "Fac 5: A Certain Ratio; 'All Night Party', & 'The Thin Boys' 7" single; 'rudimentary skills with more panache and imagination than most since the Sex Pistols' (Melody Maker), 'messy modern music' (NME) 'dark' (CF). 5,000 in May '79. Not sold out due to lack of response from the music press (ghouls). Only Savage of MM understood; and K Needs for the prime reason that when ACR played the Acklam Hall he was the only person incapably drunk as they were. A four (they look 'early' (H&Q )) piece they have now added a drummer , the funk direction, and are apparently selling well in San Francisco. See Fac 16."