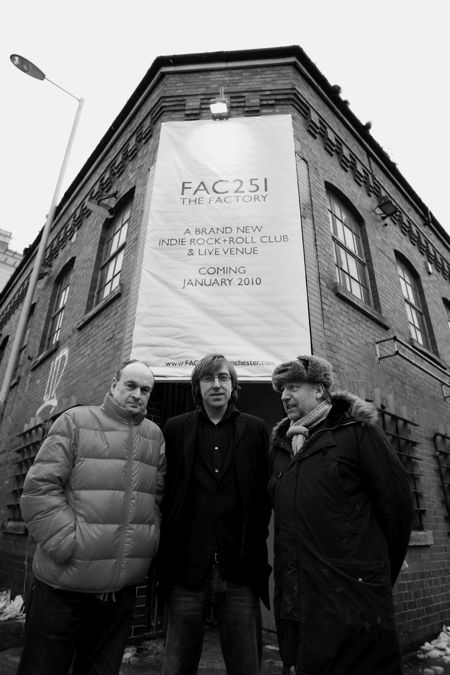 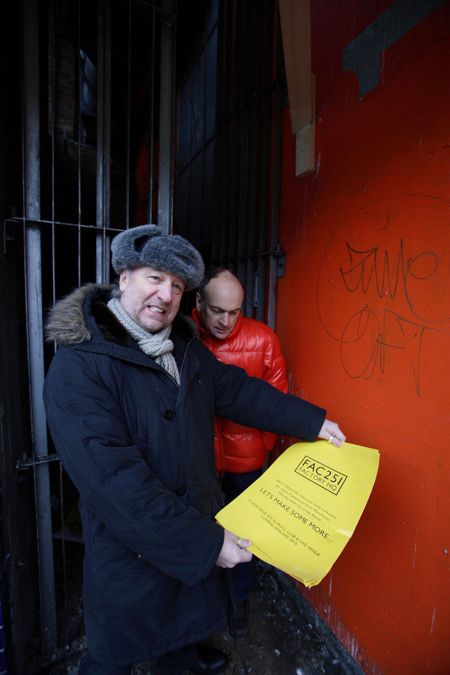 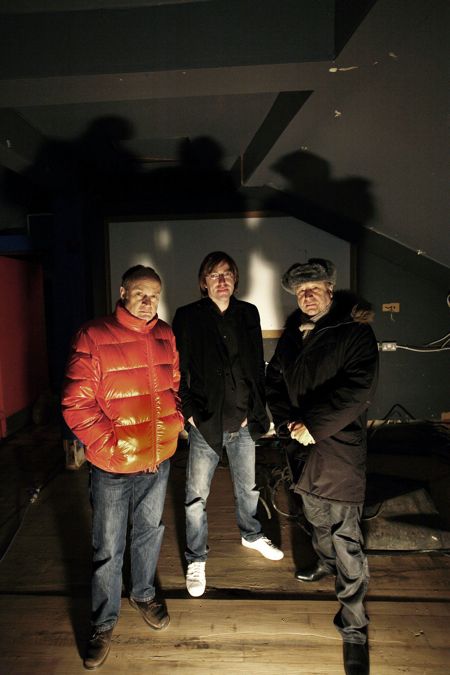 Redeveloped, recrafted and entirely redesigned by original architect Ben Kelly, Factory Records' "One Charles Street" central Manchester offices reopened as FAC 251 The Factory, on 5 February 2010 with the promise that it would "mix live bands, indie and dance influences across three different floors for Manchester's and the UK's gig and club goers".

The new venue is a joint venture between Peter Hook and established club operators Tokyo Industries (14 venues across the UK including the award-winning Digital in Newcastle and Brighton and the Tokyo Mansion Party venues). Tokyo Industries Managing Director Aaron Mellor is a long time Factory Records afficionado, having began his club career on the Hacienda dance floor and later DJing at Stonelove at the Hacienda in the mid-Nineties.

Check out a selection of flyers promoting the opening.

"A club event allowing Manchester's clubbing cognoscenti an opportunity to check out the three separate arenas. Original Hacienda indie club Stonelove returns to Manchester to begin its weekly residency downstairs, whilst Room 2 hosts a soundtrack of 70s New York City Funk & 80s Electro Pop. The Boardroom is handed back to the original Rockstars as FAC 51 The Hacienda begins its Saturday night residency Hacienda Presents at The Factory with a selection of Mancunian rock legends supervised by Hooky and pals alongside a roster of new DJ talents."

The full regular roster at FAC 251 The Factory is as follows:

The 400 tickets for Peter Hook's The Light gig on the opening night on Friday 5 February will be made available to subscribers to the official site, Facebook / Twitter.

The Bassment stage is being offered to bands for this coming February and the months beyond. Interested groups or artists should upload their music to FAC 251's MySpace page where it will be reviewed by those nice FAC 251 people.

The full schedule of live bands for February will be announced later.

Join the Facebook group for further info, video diary on the making of the club and much more.

First there was a flyer distributed in Manchester:

20 years since the birth of Madchester, the building that started it all and ultimately destroyed it all... 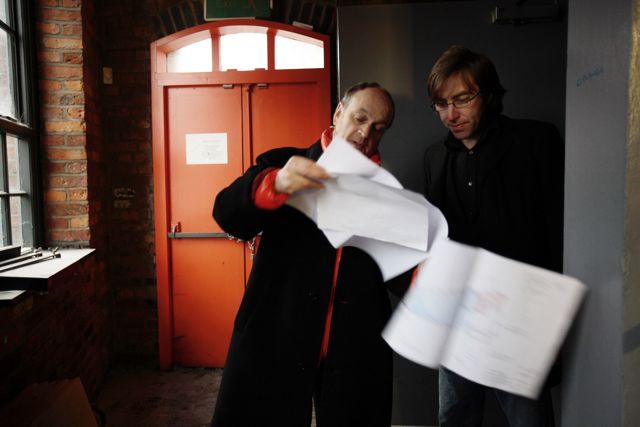 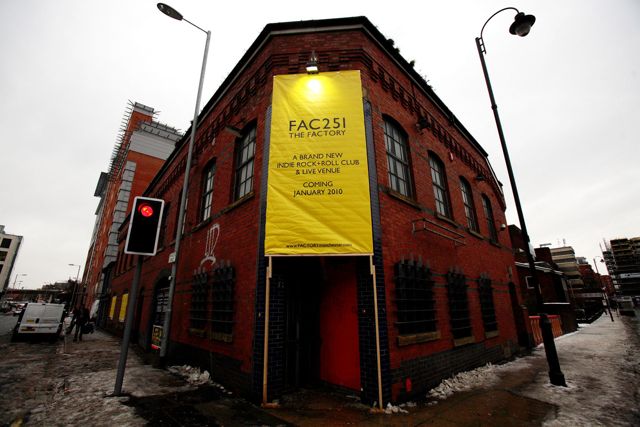 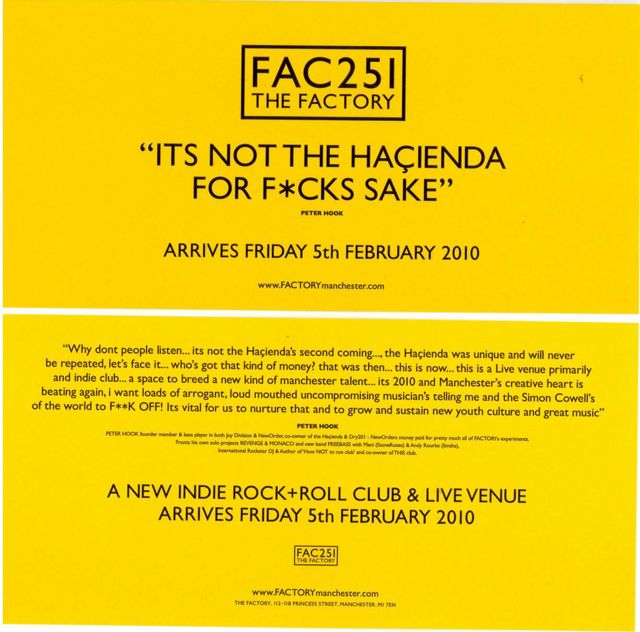 FAC 251 The Factory; It's not the Hacienda for fuck's sake - Why don't people listen... it's not the Hacienda's second coming... the Hacienda was unique and will never be repeated, let's face it... who's got that kind of money? That was then... this is now... this is a live venue primarily and indie club... a space to breed a new kind of Manchester talent... it's 2010 and Manchester's creative heart is beating again. I want loads of arrogant, loud mouthed uncompromising musicians telling me and the Simon Cowells of the world to FUCK OFF! It's vital for us to nurture that and to grow and sustain new youth culture and great music - Peter Hook 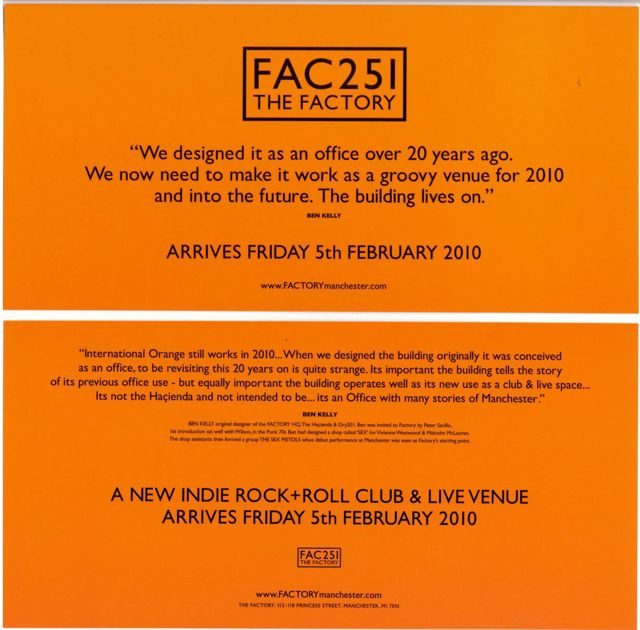 FAC 251 The Factory; International Orange still works in 2010... When we designed the building originally it was conceived as an office, to be revisiting this 20 years on is quite strange. It's important the building tells a story of its previous use - but equally important the building operates well as its new use as a club & live space... It's not the Hacienda and not intended to be... it's an Office with many stories of Manchester. - Ben Kelly 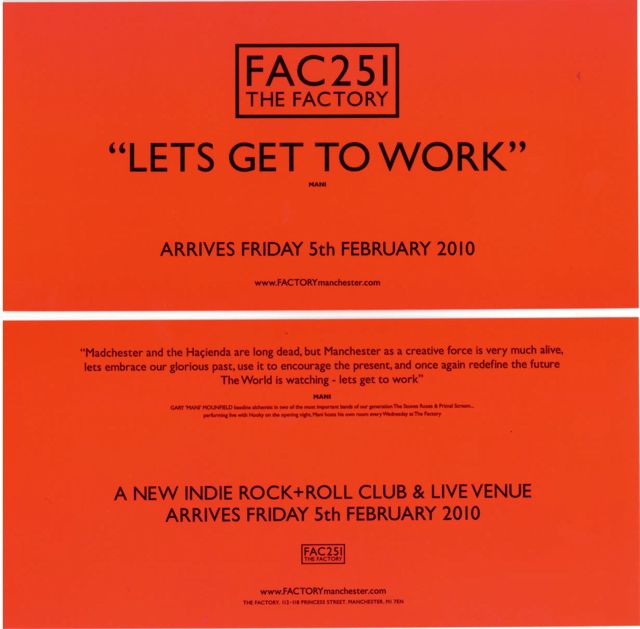 FAC 251 The Factory; Let's get to work - Madchester and the Hacienda are long dead, but Manchester as a creative force is very much alive, let's embrace our glorious past, use it to encourage the present and once again redefine the future. The World is watching - let's get to work. - Mani 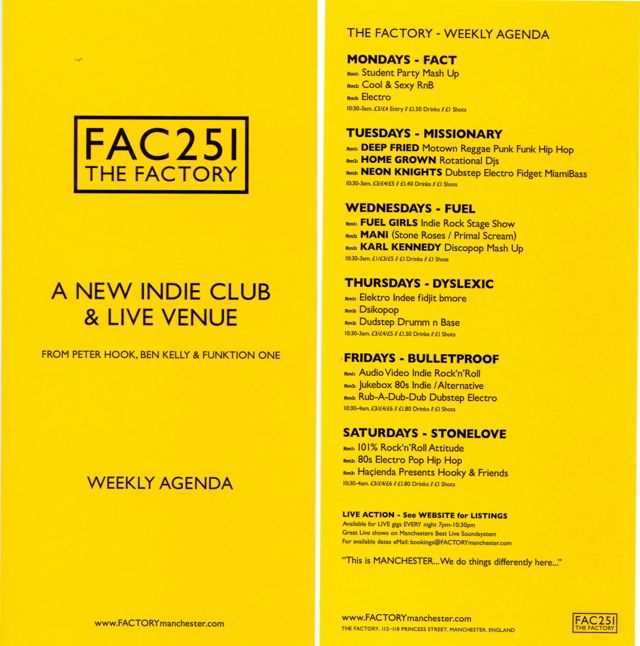 FAC 251 The Factory; details of the line-up