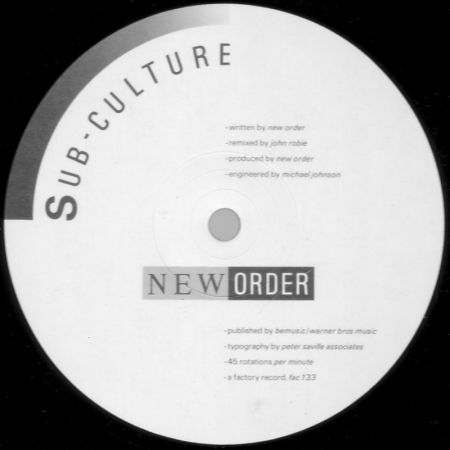 Sub-culture was really the first New Order single to be drastically remixed for single release from the album version - soulful female backing vocals and everything. Not everyone liked it though. In particular it is rumoured that Peter Saville disliked it so much that he refused to do a proper sleeve for it. It is packaged in a plain black single sleeve with cutout for the label. The naming of the B-side keeps up a stout New Order tradition of slightly perverting the original title (e.g. State of the Nation / Shame of the Nation, Bizarre Love Triangle / Bizarre Dub Triangle).