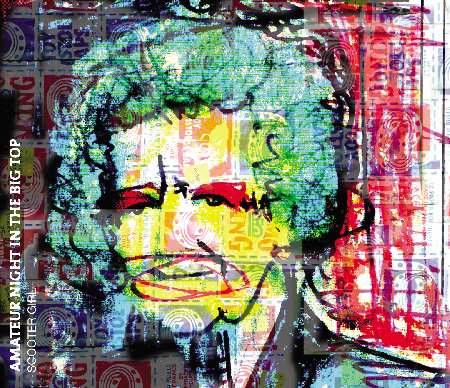 Shaun Ryder has released a new single under the project working title 'Amateur Night In The Big Top'. The single was released on 16 June on 12" and CD and the full album, sub-titled 'Clowns and Pet Sounds' follows on 7 July 2003. Artwork is by Happy Mondays' stalwarts Central Station Design and features arresting images of Margaret Thatcher and Adolf Hitler. View the 'press release and detail of the album.