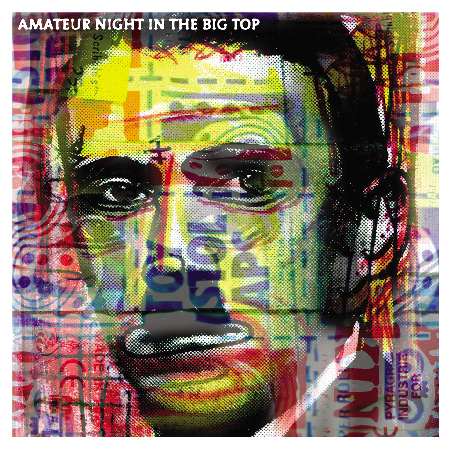 Shaun Ryder's album and single project under the group name 'Amateur Night In The Big Top'. The single Scooter Girl was released on 16 June 2003 on 12" and CD and the full album, sub-titled 'Clowns and Pet Sounds' will follow on 7 July 2003. Artwork is by Matt Carroll of Central Station Design and features arresting images of Margaret Thatcher and Adolf Hitler. The releases are on the Off World Sounds label run by Pete Carroll who is the brother of Matt and Pat from Central Station and who is lead collaborator on the project.

Introducing the return of the legendary front man of Happy Mondays & Black Grape - Shaun Ryder - an original and icon of his age. He represented the voice and the attitude of a generation.

- "Amateur night in the big top" was conceived in Perth, Western Australia, where Happy Mondays performed their final ever show.

- "Amateur night in the big top" is a personal document that is at times painfully introspective, angry, sarcastically cutting and extremely witty.

- The album is a project with many common threads and cross-references - it works as a single piece, featuring Ryder in strong vocal form and full poetic flow.

- Video for the single "Scooter Girl" also conceived by Central Station who was responsible for all graphics in the film "24 hour party people".