Artefacts > Factory Goes With The Disc > The Factory, the cassette and the disc 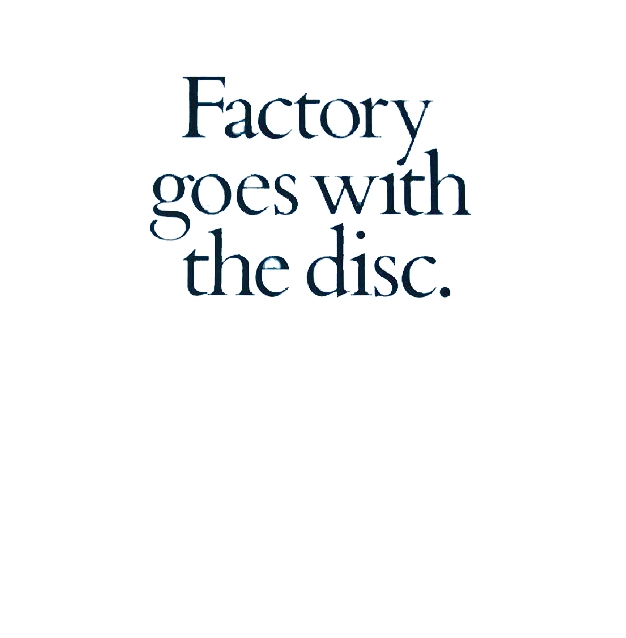 Promotional fold-out card to commemorate Factory's issue in 1985 of Facd 144 Domo Arigato by the Durutti Column and their pioneering decision to go with compact discs; no vinyl in five years....?

At last, we have been trying. In October of 1985, Factory releases its first two C.D.'s. The nature of both, FACD 100, "Low Life" by New Order, and FACD 144, "Domo Arigato" by The Durutti Column, are indicative of our devotion to this new and bound-to-succeed medium.

"Low Life" is already seen as music made for the heightened realities of laser reproduction. The likes of Dire Straits only connect with the medium in terms of expense, the work of New Order going further to exploit the new fidelities and infidelities of recording technology, and match perfectly with the revolution in reproduction technology.

"Domo Arigato" is a C.D. only release; the first such in its area of the marketplace, that is 'popular music'. A live concert delivered in Tokyo this Spring, the performance was 70 minutes long and therefore it seemed entirely naturall that the product should be 70 minutes long. Thank you Sony for the 70 minute Umatic tape; though most of all thanks to Philips for pioneering the way beyond the snap crackle and pop of vinyl.

Towards the end of the year Factory will be releasing "Unknown Pleasures" and "Closer" by Joy Division and "Power, Corruption and Lies" by New Order in C.D. format. Discussions are under way with the young men and lady as to which other tracks from the specific periods should also be featured on these discs, making full use of the new possibilities. Send your requests to Neil Taylor at the N.M.E.

Dealer prices should be around the £6.49 mark, bringing them to punters fingers' for hopefully under the tenner... considering our expenses at the moment, absolute suicide, but when art meets technology like this, someone has to pay, and it might as well be us..

"No vinyl in five years" turned out to be slightly wrong...