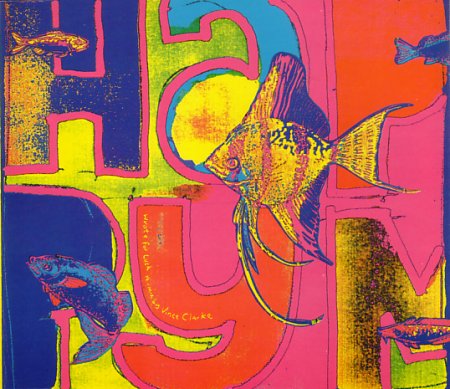 1. the Vince Clarke Mix
additional production and re-mix by Vince Clarke
programmed and engineered by Flood

'THINK ABOUT THE FUTURE'
2. the Paul Oakenfold Mix
additional production and re-mix by Paul Oakenfold
assisted by Terry Farley for Spectrum Sounds
programmed and engineered by Steve Osbourne

Wrote For Luck was originally released as a single in November 1988 and spent about 6 weeks in the lower regions of the Top 100. It sold about 40 thousand copies and became a cult hit loved by both the kids in the clubs and an awful lot of industry types including people like Mick Jones from BAD, Pete Wylie, Pete Waterman of PWL, and last and probably most interestingly, Vince Clarke.

Happy Mondays have always liked Vince's work with pop duo Erasure, and thought they'd send him a copy of WFL. Everyone knows that that Vince doesn't do remixes, and Happy Mondays and their manager were quite shocked when he agreed to do it. WFL is literally the first remix Clarke has done, for those of you who remember the original, you will notice that the new WFL is much more accessible, yet retains the undescribable charm of its predecessor.

W.F.L. is a remix of Wrote For Luck. The song 'Lazyitis' is in the style of a tradtional round. Thanks to Mike Stein for the press release imagery. 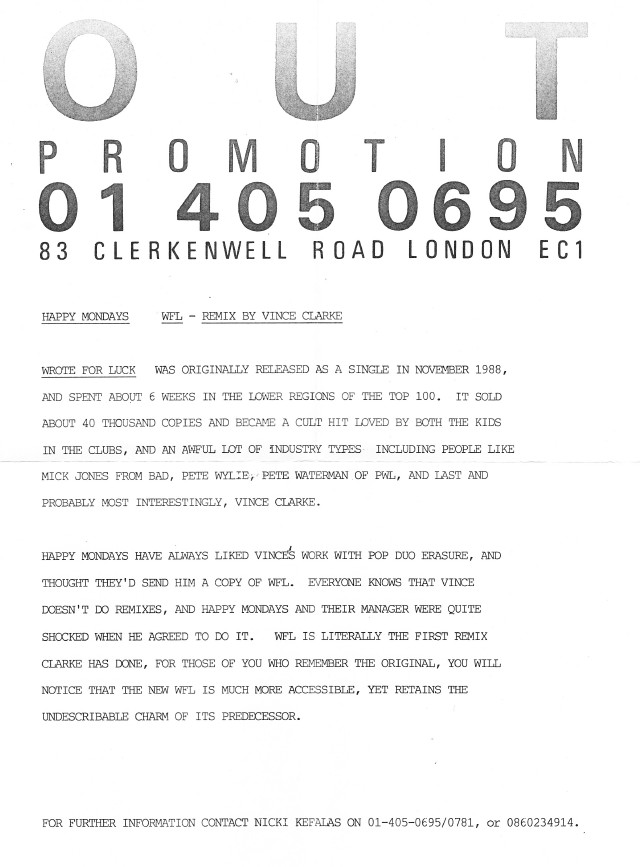