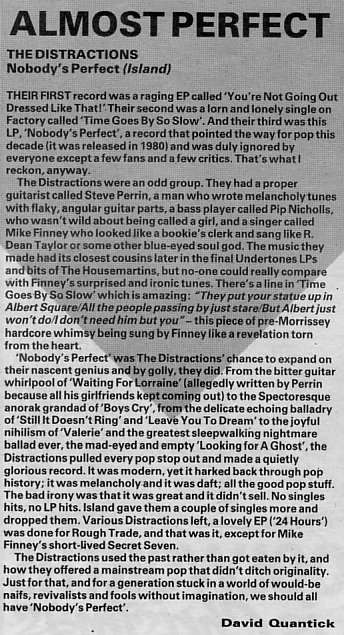 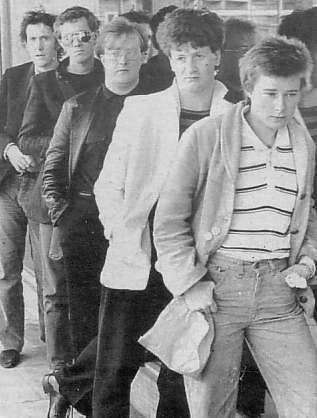 At one time or another the line-up of The Distractions included the following people:

Thanks to Mike Noon and Mick Middles for info

NME Rewind article on The Distractions