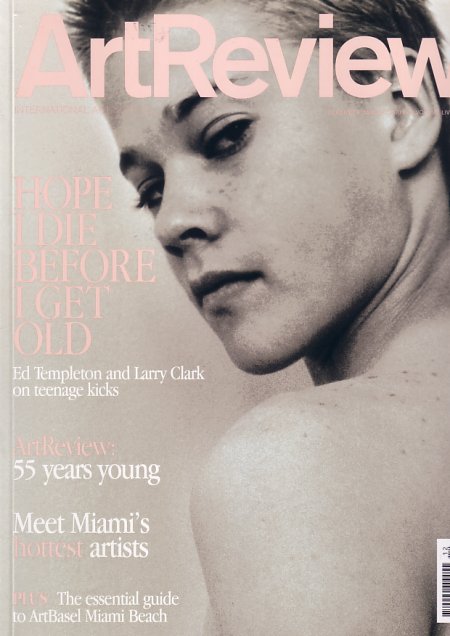 In 1995, skateboarding artist Ed Templeton became an admirer of Larry Clark's books, films and Sixties lifestyle - but he presumed Clark must be dead. Ten years later, they discuss photography, getting arrested and other teenage kicks.

On getting arrested: "I got arrested for the first time last year and went to jail and everything. We were skating a schoolyard in Burbank, California. It wasn't too bad - I just spent some time in jail, but the photographer and videographer who were shooting me got all their equipment confiscated for over a month. All the other kids in the schoolyard ran when the cops came. I was the only one left, with the photo dudes - I tried jumping the fence, but the cop grabbed my pant leg and pulled me back."

The complete article appeared in the December / January 2004/05 in the run-up to Ed Templeton's solo exhibition at the Modern Art gallery in London's East End.