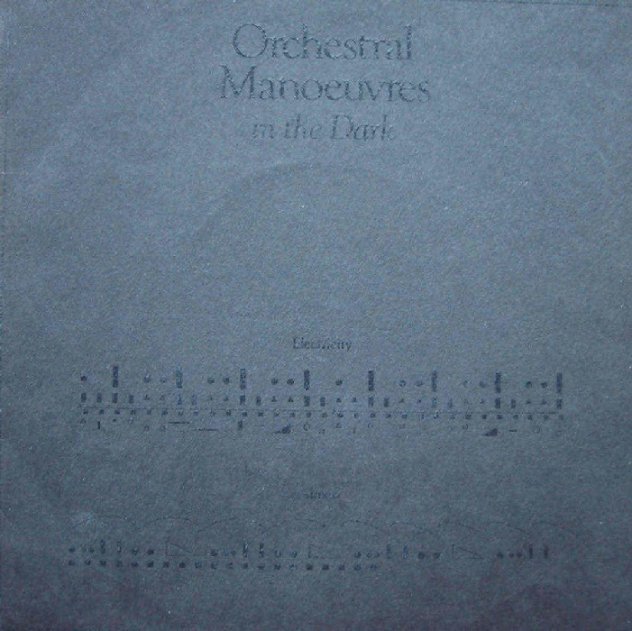 The September 1979 Factory Records and Shareholder's Analysis describes this release as follows: "Orchestral Manoeuvres In The Dark; 'Electricity' & 'Almost' 7" 45 rpm Cult hit, discos even. 5,000 in May '79 in black on black thermographed sleeves. Sold out. Record now licensed to Dindisc, Virgin's new label; to engage in the chart game as of Sep 28th '79. Necessity for licensing 'the best example of this to date' (NME) is regretted but the big stall holders seem to fill the square (chart shops) and subletting is an enforced activity. News; OMITD both of them are about to sign a major record contract, who with .... ask Chester Valentino. That's OMITD manager / mixer; he has changed his name. The boys are support on the Tubeway Army tour. Thanks, Gary; huh.