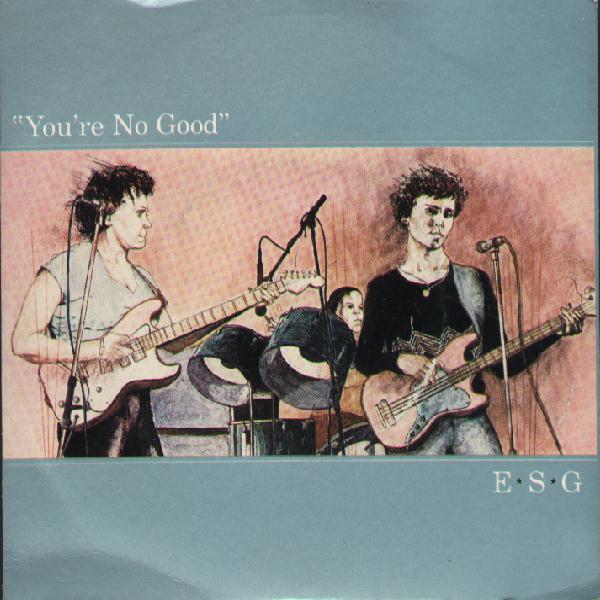 A little more on ESG, who alongside Bernard Manning were the first acts on at Fac 51 The Haçienda: "ESG were formed in 1978 and are from the South Bronx and based around the Scroggins sisters: Renee (guitar), Marie (congas), Valerie (drums), and Deborah (bass). With the addition of their friend Tito Libran on percussion, the group changed its name from Emerald, Sapphire and Gold to ESG. ESG are still thriving today, and the Scroggins sisters are now joined by two of their daughters, Chistelle and Nicole. The story of ESG is one that gives them a place in three different musical histories -- house music, hip hop, and punk. A unique position that few other bands can claim. Their first single contained the all-time dancefloor classics 'Moody' and 'UFO' (produced by Martin Hannett) which placed them at the root of both house and hip hop. ESG were involved with 99 records in the US (as were Liquid Liquid). Owned by ESG's unofficial manager/producer Ed Bahlman, 99 records spearheaded a new wave in US punk/dance groups that became known as No Wave. 99 records, which had a working relationship with labels in the UK like Factory, Rough Trade, and Adrian Sherwood's On-U-Sounds, eventually closed after it lost a protracted court case with Sugar Hill records when Grandmaster Flash's 'White Lines' sampled Liquid Liquid's 'Cavern'. At this period, laws regarding sampling, which would become a part of life for anyone involved in hip hop, were still unclear. ESG (and 99 records) also lost out in many similar cases -- ESG's sparse minimal bass and drum sound made them one of the most sampled artists around (in 1993 they wrote a track 'Sample Credits Don't Pay Our Bills'). ESG were immersed in both the New York dance club scene and in the meeting of punk and dance culture. They played all the New York dance clubs like the Paradise Garage, Xenon, and Danceteria, as well as playing with many punk groups (they once played with the Clash and Grandmaster Flash on the same bill)."