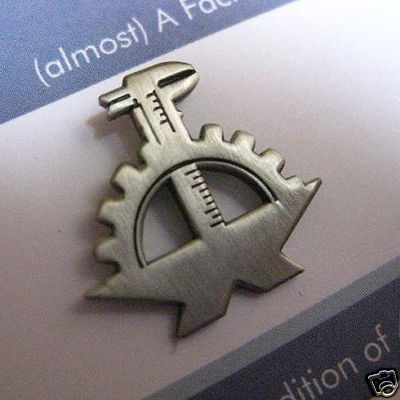 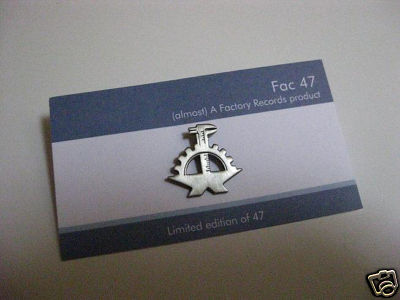 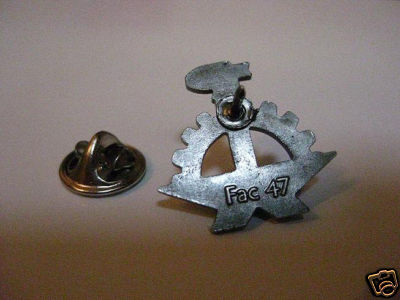 Before going any further it should made clear beyond any doubt that this is most definitely NOT an original Factory Records product and as such has NOT been sanctioned by anyone involved with the defunct Manchester-based independent label. Now that you're aware of this, please continue.

The initial reason for making this available was because, unlike many of the other logos which Factory made into badges, Fac 47 has hitherto only appeared in print form, almost exclusively on record sleeves or labels. Technically speaking, this is not a replica, if only because this has never before been produced in badge form.

This project was not conceived as a profit-making-exercise. Rather, the intention is to send free copies to as many as possible of those artists who released records bearing this logo, along with those individuals who had been directly involved with, or who visibly supported, the label at the time.

A limited run of forty-seven badges has been produced in 'silver-coloured', 'antique effect' hard metal (NOT to be confused with "real" silver -- no hallmarks here), which have a pin and "butterfly" clasp fixing. Each badge has "Fac 47" in raised lettering on the rear and is approximately 20mm x 22mm.

This auction exists purely as an attempt to recover initial production costs. Once that threshold has been achieved, there will be no reason to sell any more copies. The fewer sold, then, the better: which means that more badges will go to their intended destinations: the downside is that there will be fewer copies "out there". Apologies.

Hopefully, the above information will serve to satisfy most lines of inquiry. So please don't shoot the messenger. The sellers acting on our behalf on this occasion have no more information at their disposal other than what has been provided here.

Due the scarcity of this badge, postage options have been restricted to that of Royal Mail Recorded or Special Delivery only. If you are uncomfortable with these costs, then please consider this seriously before bidding. For the archives: a badge has been set aside for Cerysmatic.