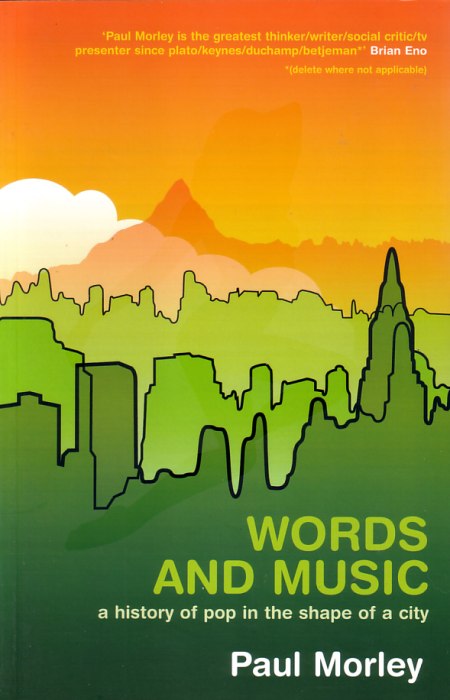 Words and Music: a history of pop in the shape of the city

"Part novel, part critique, part history, part confessional, part philosophical enquiry, part ultimate book of musical lists, Words and Music shows how pop music will live as long as the imagination because 'even though it has all happened before, everything has been done, every variation of everything has been tried, there continues to be something new under the sun." - 'synopsis' from the back cover. The book is set in Bembo which was the font used for Factory's famous boxed cassette series.