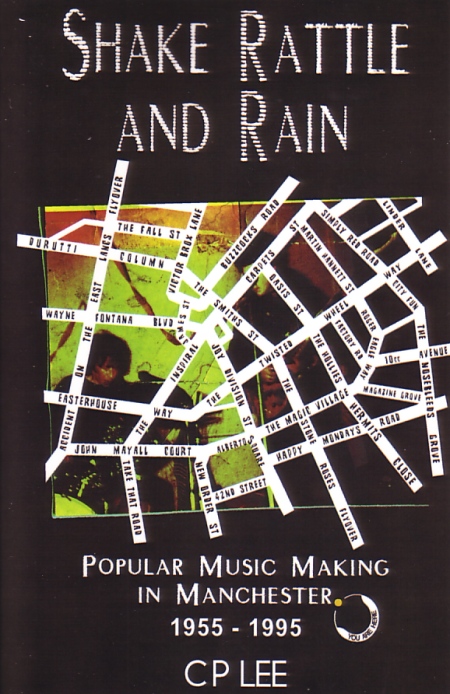 From the back cover

All roads lead to Rome but in this book they lead to Manchester, specifically its music scene. In Shake Rattle and Rain, CP Lee charts the emergence and development of a phenomenon that has brought the world artists and performers such as 10CC, John Mayall, Simply Red, New Order, The Smiths, Inspiral Carpets and Oasis, to name but a few.

Combining oral history and personal observation, this book provides an invaluable insight into what has made Manchester such an innovative, creative, musical centre over the last five decades - from Beat Clubs to the Haçienda, from Music Force to Factory Records, the Summer of Love and beyond.

CP Lee is a lecturer in Cultural Studies in the School of Media, Music and Performance at the University of Salford. Before that he was a founder member of Mancunian Rock iconoclasts Alberto Y Lost Trios Paranoias. He has written two books on Bob Dylan, published by Helter Skelter, and numerous articles on a variety of other topics for magazines and other media. He is a frequent contributor to BBC Radio and still plays music on a regular basis.