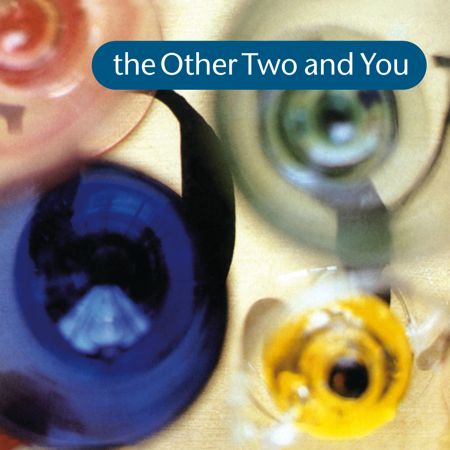 LTMCD 2551 The Other Two & You; front cover detail

Written by Gillian Gilbert & Stephen Morris.
Produced by The Other Two & Stephen Hague

Backing vocals on Tasty fish by Jeremy Kerr.
Guitars on Movin' on by Andy Wroe.

LTM presents an expanded CD edition of the debut album by The Other Two, the electronic pop duo comprising Stephen Morris and Gillian Gilbert of New Order.

The Other Two came into being in 1990, spurred by Morris and Gilbert's work on television soundtracks, and a temporary lull in New Order activity in which Electronic and Revenge also released albums. First album The Other Two & You features ten original synth pop gems produced by the duo with Stephen Hague, with surprise vocals by Gillian, showcased on the singles Tasty Fish and Selfish.

Originally scheduled for release on Factory Records in late 1992, The Other Two & You was delayed by the collapse of the label, and instead emerged on London in 1993. This expanded edition features all tracks from the original Factory/London album as well as six bonus tracks from companion singles, including superb mixes by Moby, Pascal Gabriel and Boys Own.

The album also includes Loved It, originally released as a free CD to celebrate the opening of the controversial Factory HQ building on Charles Street (Manchester) in September 1990. The remastered CD runs for 76 minutes, and features new artwork and detailed sleevenotes.

Please note this CD is not for sale in North America and Canada.

The Other Two T-Shirt

The Other Two & You, Centredate album