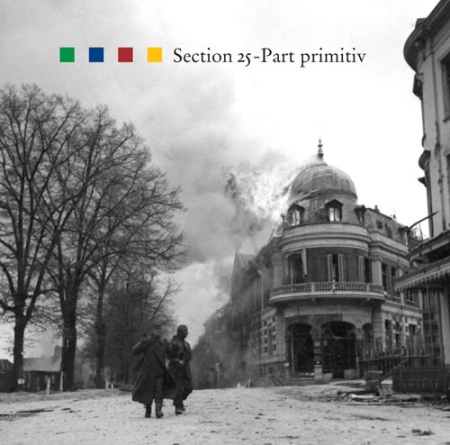 "A vibrant, fierce collection of songs played with all the intense, live-wire energy one could want, and well worth the wait" (All Music Guide, 5/07)

"The music on Part-Primitiv is informed by all phases of the band's back-catalogue, incorporating their early post-punk impulse alongside their later disposition towards electronic music. She's So Pretty is one of the band's closest brushes with pop music, while Power Base is a surprisingly straight-forward venture into techno, with its rampaging drum machine" (Boomkat, 5/07)

"Absolutely brilliant. The music remains true to their unique aesthetic in maintaining both the unsettling postpunk of their beginnings, and the electro-pop of the second incarnation" (Chaindlk.com, 6/07)

Part primitiv was produced by the band at West Orange Studio, Preston, in 2007. Stand-out tracks include Can't Let Go, Dream, Carbon and You Never Make Your Mind Up. As the title suggests, the new album combines raw post-punk power with retro-futurist electronics, including two tracks written and sung by Jenny.