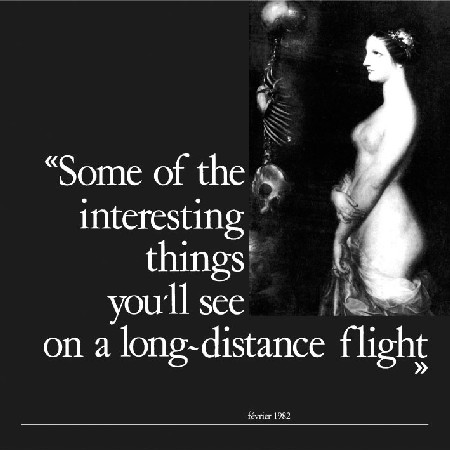 LTMCD 2467 Some of the interesting things you'll see on a long-distance flight; front cover detail

Long-deleted, the extended CD also features a deluxe booklet featuring many rare photographs, together with an on-the-spot report by journalist Johnny Waller, and liner notes by James Nice. A facsimile of the original tour programme is also included.

The CD is a must for collectors of Crépuscule and Factory Records artists, not least because it includes songs by The Durutti Column, Paul Haig and The Names which were never studio recorded, and do not appear elsewhere.