Artefacts > FAC 301 Think About The Future 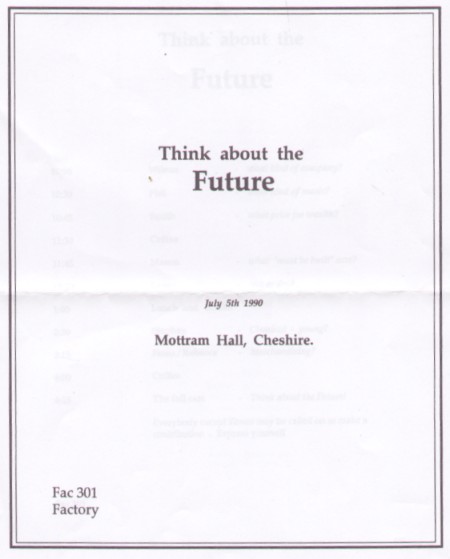 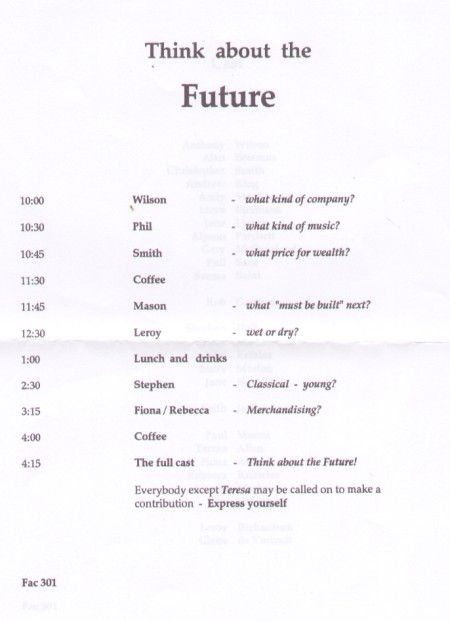 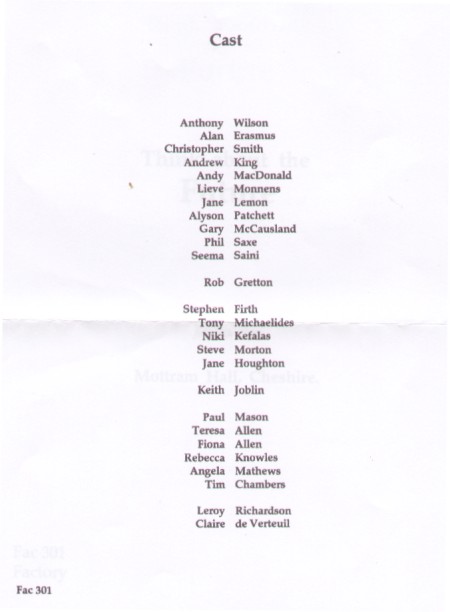 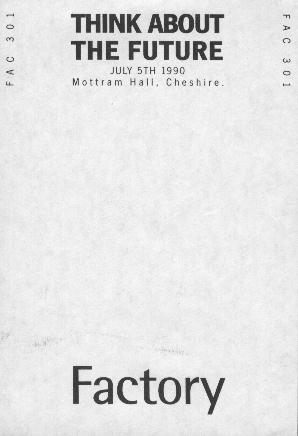 Think about the Future

Material produced for the Factory Records conference held 5 July 1990 at Mottram Hall, Cheshire. The full agenda and cast-list was supplemented by notepaper and napkins.

In Scream City 1 Tony Wilson said: "There were these wonderful occasions that would happen about once every year or once every two years, when suddenly everyone would be in town at the same time. And I think this was in England and our American partners and our Belgian partners and our Australian partners were all in town - "oh, let's have a get-together". And my favourite get-together was actually in the Four Seasons Hotel, Newport Beach in '89 or something. And, it's a long story but I won't bore you with it."

Thanks to Ang for media and info.