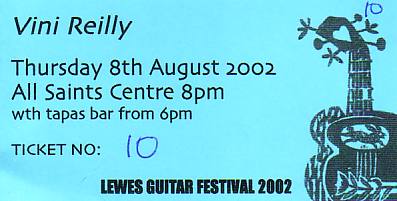 The Durutti Column played the 2002 Lewes Guitar Festival on 8 August. This was originally billed as a solo show but in the week leading up to it it transformed into a full band show. The gig was at the All Saints Centre as part of the Lewes International Guitar Festival. The venue was a converted church with a capacity of 200, seated. There was a small, tiered upper level at the back but mostly everyone was seated in the main hall area on level ground. There was a caterer serving tapas which tasted so good that Bruce Mitchell had two helpings... plus a small bar and lobby area including Phil Kooky's merchandise stall.

In introduction the organiser explained that he met Vini a few years ago when he was asked to repair his flamenco guitar which had been a present from the Mayor of Cordoba. At first he explained he wasn't at first aware of who Vini was but a few friends had set him straight. A few years down the line and Vini Reilly (and the Durutti Column) were playing the Guitar Festival. Yes, in the last week the show had grown from a solo one to a full group one with Bruce Mitchell and Keir Stewart. 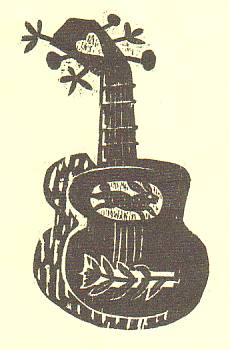 Having been introduced, Vini, dressed in jeans, a red t-shirt and sandals, said he was "proud to be here" and that "anything could happen" and as at the Jazz Café; in February said that "we'll start very quietly and get very loud". He was true to his word. The set seemed like basically the one aired at that previous gig with a few variations thrown in.

For Sophia (?)
Otis (with Bruce and Keir, who then came and went as appropriate)
Organ Donor
Party
Voluntary Arrangement (performed solo)
Jacqueline (Bruce in storming form)
Guitar Solo / Albatross ("Peter Green, I couldn't resist it")
Tomorrow (including rock-out ending)
Remember Me (abandoned as it didn't work out right)
Missing Boy
The Beggar

For Belgian Friends
"Revolver" (at start - "a helluva noise basically" and then at end - "sorry about that!") 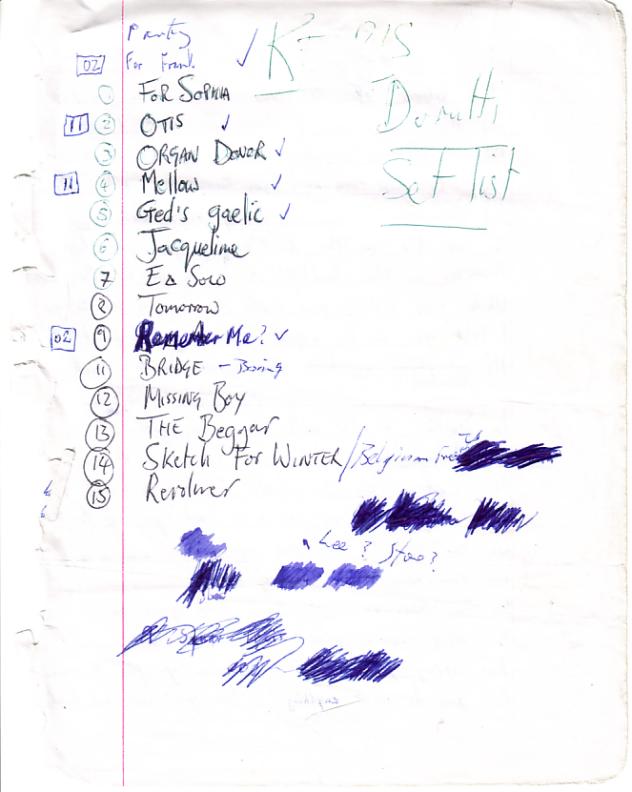