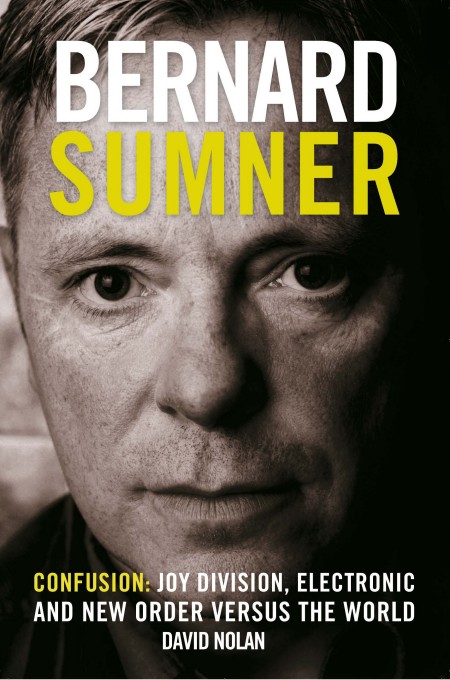 The first & only biography on one of the most influential and secretive musicians.

Bernard Sumner's life and times, from the back streets of Salford to the international fame and critical acclaim of Joy Division, New Order and Electronic. Jolted into action by the punk explosion of 1976, Sumner is the man who stepped into the shoes of Ian Curtis after his suicide in 1980 and steered New Order to even greater success, helping to create Acid House, the second Summer of Love and The Hacienda nightclub in Manchester, the most famous club in the world and a magnet for the city's gun and drug culture. His collaborations with The Smiths' Johnny Marr created Electronic, the first true post-punk supergroup. But Sumner's past, even his real name, has always remained a mystery... until now. In a work of rare investigative depth, Nolan re-writes the history of one of music's most influential figures, and in the process nullifies many myths, with exhaustive primary source research, dozens of exclusive interviews and scores of previously unseen photos.

David Nolan is a multi award-winning journalist, documentary-maker and television producer who has written for publications as diverse as British Business Magazine and Penthouse. His first book, I Swear I Was There, exploded the myths surrounding the Sex Pistols' famous first gig in Manchester, 1976.

Nolan's book reaches beyond hack-ography. A native of Altrincham, he has a feel for the tribal nuances of Greater Manchester. His sketches of local history are swift and deft, as is his depiction of Sumner's upbringing amid the disused air-raid shelters and Coronation Street terraces of Lower Broughton. I feel I now understand something about the riddle wrapped in an enigma that is Bernard Sumner. Daily Telegraph

David Nolan has revealed a story that sees sheer force of talent wrestling the band away from disaster. Perhaps Sumner sensed a kinship with the equally belligerent author as, much to everyone's surprise, he agreed to read the draft and add numerous comments. Excellent. Record Collector

Sets the record straight... most fascinating is the story of how Joy Division became New Order, particularly Sumner's near breakdown after the death of Ian Curtis. Q

David Nolan knows his subject, he clearly has a passion, he's done the meticulous legwork and the research and amazingly, even though this is an unofficial biography, he managed to get the ever reluctant very private Bernard Sumner's own input and revelations. This is one of the finer music biographies. Recommended. The Organ

A comprehensive dissection of the events surrounding the rise of Joy Division, the metamorphosis into New Order and the reluctant Sumner's transformation into singer and frontman and his other musical collaborations. It also covers in detail the life of The Haçienda and how much of an impact this had on the musicians for whom it became one hell of a money pit. The Void

David Nolan has managed to get far further towards the truth than anyone else so far. This is a stylishly written book... an excellent read. New Order Online

Don't be surprised if Bernard Sumner: Confusion picks up even more accolades than I Swear I Was There. Rock 'n' roll research at its best. Sex-Pistols.net

A statement by David Nolan in July 2007:

Bernard Sumner has read the manuscript of David Nolan's new book 'Confusion' and decided to contribute to the biography.

He's added his thoughts and observations to David's text, put many previously private matters into context and had a right to reply on some of the more controversial aspects of the book.

David Nolan says: "Bernard Sumner has read this book; it was vital that he be allowed to respond to some of the issues raised, particularly the very personal ones.

"To his credit, Bernard took a great deal of time and care offering his thoughts on the manuscript. As a result, where I had initially made a mistake, I have corrected it. Where his version differed to someone else's, I've included both. Where Bernard offers insight into something I could only have guessed at, I have added it verbatim.

"Unofficial biographies often have the sense that the author has the freedom to write whatever he or she wants, but is hampered by a lack of insider knowledge. Official ones have the story straight from the horse's mouth, but sometimes with the suspicion that deals have been struck and harsher words censored. This is an odd mix of both and is all the better for it.

Good luck for the future Bernard. Your past has been a fascinating puzzle to piece together."