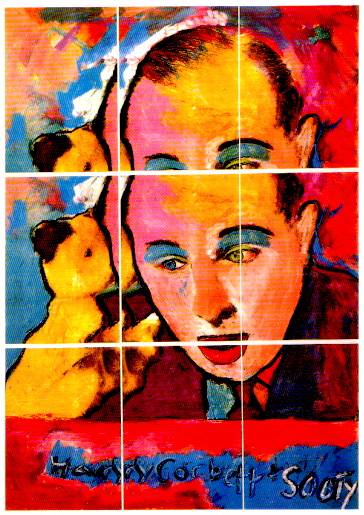 Central Station Design: Harry Corbett and Sooty - this was the invitation card for the Private View / Launch Party (see bottom of page for morer details on that)

"Cheap pop graphics masquerading as fine art or what?" So began the NME's account of the launch of this ground-breaking first exhibition by Central Station Design. It was certainly a highly entertaining exhibition with some fine portraits of firm family favourites such as Arthur Askey (his catchphrase was 'Hello Playmates') and Harry Corbett & Sooty, plus many others.

The following is taken from the Manchester City Art Gallery exhibitions programe.

"This fun-packed exhibition features famous faces from the heyday of British television comedy. The portraits - larger-than-life prints blown up and distorted from original paintings - include family favourites such as Tony Hancock, Kenneth Williams and Tommy Cooper. They have been created by Central Station Design, already well-known for the record sleeve designs of Manchester groups James and Happy Mondays." 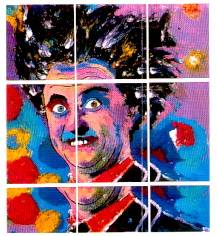 Central Station Design: Ken Dodd - this portrait was also featured in the 'Look At Me' display organised in conjunction with BBC TV's SMart

The 'Hello Playmates' exhibition later transferred to London's Decorative Arts Group, 9 Church St, London NW8 from 20 November to 1 December 1990. The transfer down to London together with a brief history of Central Station Design was documented in this NME article. 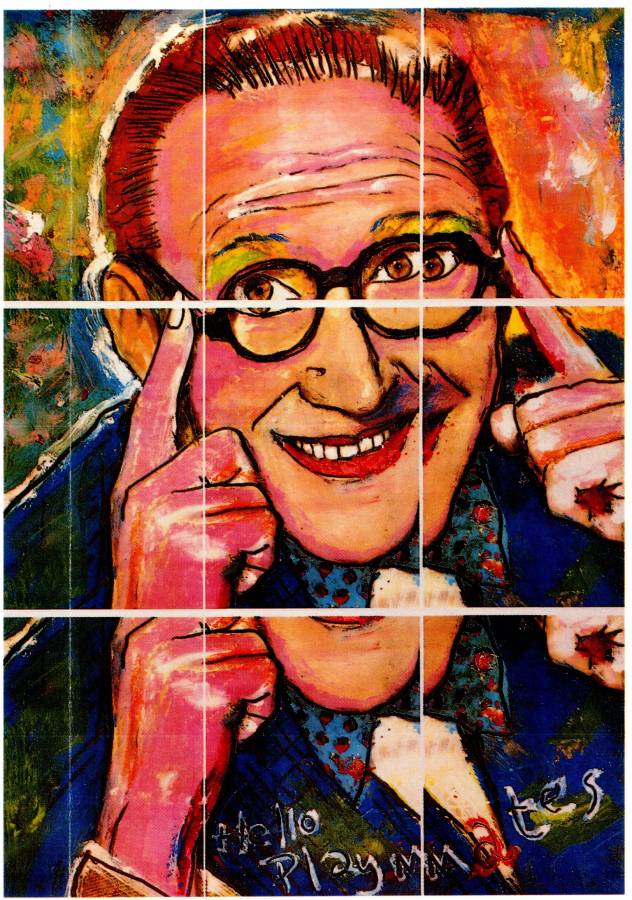